Reasons Why Burmese Teak Is One Of Its Kind 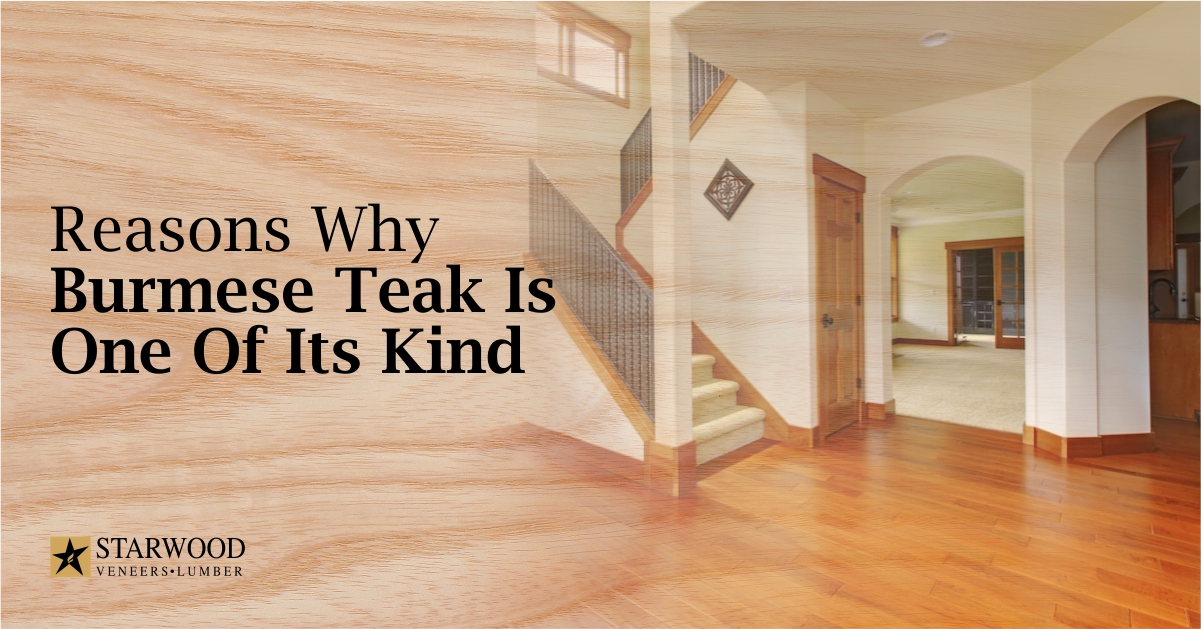 Myanmar is considered as the ‘Land of Teak wood’ in many discourses throughout the world. It is identified by many people to cover almost half of the naturally occurring teak wood on earth. According to a study conducted in 2010 by the United Nations Forestry and Agriculture Organization (FAO), natural teak forests cover approximately 29.035 million hectares. And, almost half of this total is in Myanmar.

Burmese Teak, in particular, is considered to be the most precious and valuable teak one can find in Southeast Asian regions. This heartwood is no doubt valued for obvious reasons, and the most common one being the kind of durability it brings with itself. Further, it’s also considered to be very expensive and high class, but to validate the fact, history suggests why it’s a pricey one. In the nineteenth century, the resource was valued on a commercial level and popularized with its exposure to the export industry. Since then and from perennial times, the struggle and political interest on who holds the authority to control the forests have been debatable.

Teak wood is generally found in many regions of Southeast Asia; but to be particular, it mostly grows in hilly and rangy areas which are below 900 meters of elevated length. Heartwoods are generally preferred for its brownish and golden shade; its qualities highly depend on the kind of atmosphere it grows in. If it’s not the exact environment, it’s not the perfect teak. The most admirable thing about this wood is the fact that it darkens with age and gives a leather-like scent when freshly milled. And to be frank, Burma teak wood are epitome of elegance and luxury.

There are various standards that Burmese teak comes with, and that’s the reason no other quality of wood stands at a competition with it. As the rule suggests, it’s unethical to extract authentic wood from the forests of Burma. Carrying the legacy of 40 years and more, Starwood is a top-ranked Burma teak wood importer in India. The Teak wood veneer takes care of its wood sourcing procedure and strictly adheres to the guidelines laid down by native government bodies like the Myanma Timber Enterprise (MTE), Myanmar. Starwood ensures that the raw material is sourced ethically, is authentic and of the best quality.